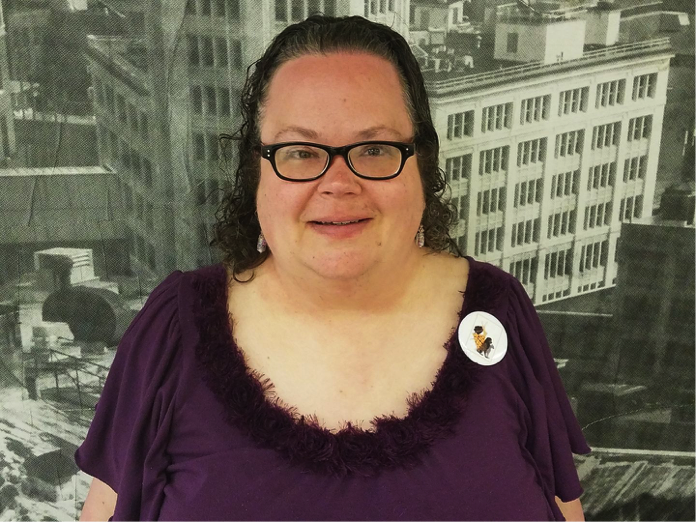 Marie was a Fellow at the Self-Advocacy Association of New York State and VOICE Buffalo in Buffalo, NY.

Marie attended Edison Vocational High School in Buffalo. In 1997, she became a member of a learning disabilities group to gain improved social skills. Ten years later, she went to her first self advocacy meeting, having become tired of being picked on and told she could not “do things” because of her disability. Marie says, “My experience with the disability rights movement helped me be a better self advocate because I learned to speak up against bullying and other wrong-doing.”

Marie joined VOICE-Buffalo in 2012, as a result of a planned 22% reduction in public transportation by NFTA. She then became a member of Transit Riders United. Marie completed Gamaliel National Leadership Training in February 2012, where she learned the tools needed to become Chairperson of Transit Riders United. One of their victories was convincing NFTA to lower the planned bus service reduction from 22% to 6%.

In 2013 Marie attended the Training Of Trainers program, and was one of the trainers at Gamaliel National Leadership Training in 2014, being the first person with disabilities to become a trainer for the Gamaliel Network. In 2016, Marie became the chair of VOICE-Buffalo’s Disabilities Task Force. She is currently leading the ongoing movement to open a satellite branch of the Developmental Disabilities Regional Office (DDRO) of the New York State Office for People With Developmental Disabilities (OPWDD) in the city of Buffalo, as their present location at the West Seneca Developmental Center is inaccessible by public transportation.

This past winter, Marie served again as a trainer at Gamaliel National Leadership Training, and received excellent evaluations from those in her group. She is leading the effort to make the network's training methods more accessible for individuals with disabilities. 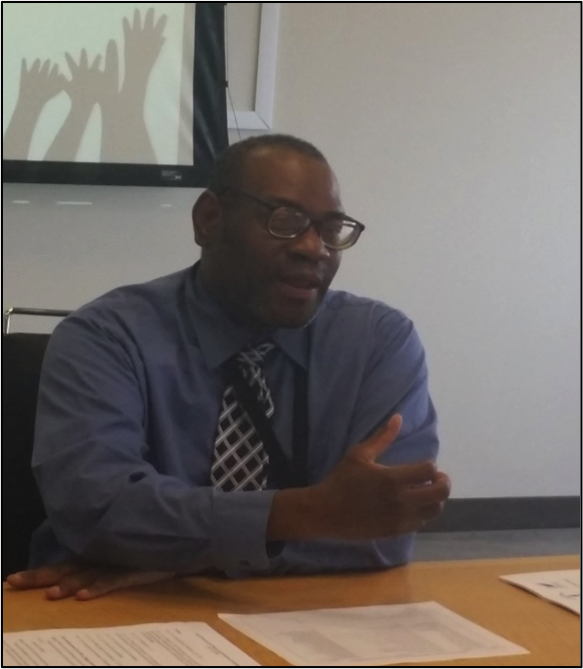 Steven was a Fellow at Project ACTION! in Washington, DC.

Steven Powe is a native Washingtonian and the Co-Vice President for Project ACTION!, the District of Columbia self-advocacy coalition for people with developmental disabilities. Steven is a strong self-advocate and excellent communicator. He is a social justice activist who works hard to learn and educate others about important issues. Steven has advocated to protect Medicaid, marched for women’s rights and civil rights, worked for fair and just treatment of people with disabilities by the legal system, supported transportation equity, and taught workshops to activists on how to make their events accessible to people with disabilities. Steven served on the D.C. People First Working Group, which developed a training on using respectful language for people with disabilities and advocated for the People First Respectful Language Modernization Act, which was passed in D.C. in 2006 and amended in 2012.

He is an active participant in a number of initiatives with the D.C. Department on Disability Services, including the Person-Centered Thinking Learning Community and the Supporting Families Community of Practice. He also serves on the Developmental Disabilities Administration (DDA) Advocates Policy Review Group, the Georgetown Health Project Advisory Board, and the D.C. Developmental Disabilities Fatality Review Committee. Steven has participated in the “People Planning Together” training and worked closely with RCM of Washington as they worked to transform into a Person Centered Thinking Organization and to develop an Emerging Leaders program for new advocates.

Steven works at Safeway, where he recently celebrated a 10-year work anniversary. He has a dream of opening a comic book store and coffee shop. He also is very motivated to continue his education.  In his free time, Steven enjoys drawing, watching Dr. Who and Star Trek, and spending time with his mom and nephews. 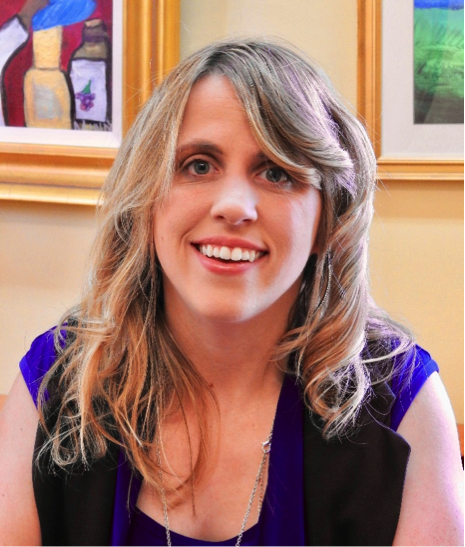 Danielle was a Fellow at the Ann Storck Center, Inc in Fort Lauderdale, Florida.

Danielle spent the Fellowship year working on the "A Ride Away Project:" Increasing awareness of the transportations needs for people with disabilities with policy recommendations through a guide for self­advocates, educators and community members. Click here to see Danielle's Final Videos and Powerpoint.

A South Florida native, Danielle is a strong believer in educating through advocacy, in part to her having lived with Cerebral Palsy. Her involvement with disability advocacy dates back to when she was studying Taekwondo as a child and she developed a program for local disabled youth. While a student at Florida International University (FIU), Danielle started Club Abled, an organization focused on self-advocacy and education. As a result of her advocacy, a Disability Coordinator position for university student government associations was created.

As the elected Disability Coordinator at FIU, Danielle coordinated disability sensitivity trainings for professors and the student body. In 2007, Danielle was chosen as one of The Able Trust’s Florida Youth Leadership Ambassadors, whose goal was to educate parents and high school graduates on available services throughout the state. After earning two degrees at FIU in Sociology and International Relations with a Certificate in Leadership Studies, she continued to serve the community as a motivational speaker in local Exceptional Student Education (ESE) programs.   She also volunteered with Best Buddies International and is currently a volunteer with the SoFlo SUBIE Club. Most recently, Danielle interned as a Legislative Assistant for Florida State Senator Rene Garcia.  As a Legislative Assistant, Danielle co-drafted Senate Bill 1086: Transportation Disadvantaged. The intention of the bill was to amend current policy regarding inter-county transportation. 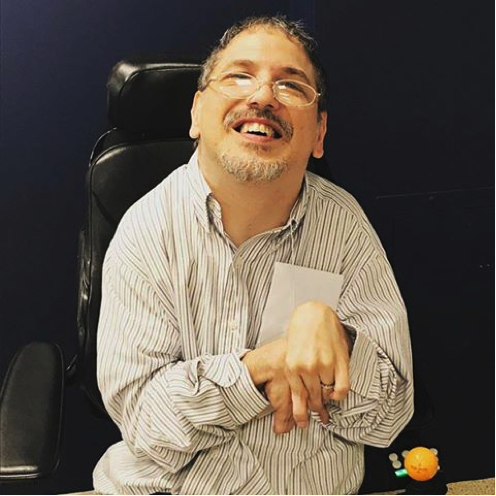 Bob was a Fellow at the University of Illinois Chicago UCEDD (Institute on Disability and Human Development) in Chicago, Illinois.

Meet Bob Peterson! Bob is a self-advocate and a part of IDHD. Bob is a busy guy – He is a member of the Consumer Advisory Committee within IDHD and is on the board of directors of the Arc of Illinois, among others. Bob is especially concerned with making sure that people with disabilities have healthcare, especially with potential changes to our healthcare system. Did you know that Illinois has the THIRD highest number of people with disabilities living in institutions? You can learn more about institutions and see Bob in “Going Home”, a short documentary about institutions and community living in Illinois at http://www.goinghomeillinois.org/.

Bob enjoys getting out – going to the movies, going out to eat, and taking walks outside. Thanks for all that you do for IDHD and people with disabilities, Bob! 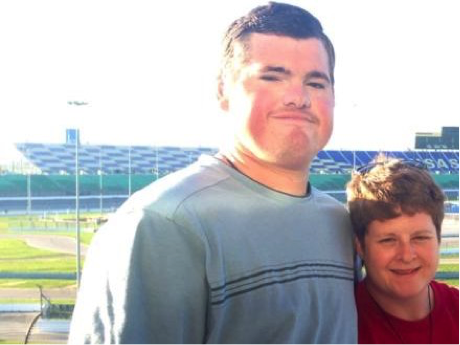 Cole was a Fellow at Self-Advocate Coalition of Kansas in Lawrence, Kansas.

Cole Browne is a Kansan with a disability on a mission…to show that everyone can be a leader at any time and any place.  Cole is currently employed part-time in the community – a job he applied for and got on his own.  He is the past President of the Self-Advocate Coalition of Kansas (SACK) and also the Self-Advocates of Lawrence.  Cole is also a Kansas Leadership Champion – designated by the Kansas Leadership Center – as an individual committed to supporting leadership for all Kansans.  In his spare time Cole lifts weights, plays basketball and is involved in theatre.  Cole is very active in Special Olympics and is the State Weightlifting Champion in Bench Press, Squat, and Dead Lift.  Cole is extremely honored to be able to work for and with self-advocates across the United States. 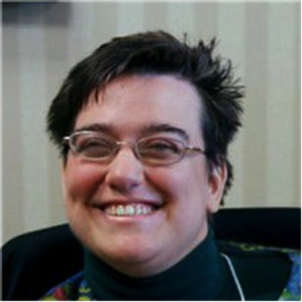 Shiloh was a Fellow at the University of Idaho UCEDD (Center on Disabilities and Human Development) in Moscow, Idaho.

Shiloh Blackburn was born in Houston, TX and raised in Rexburg, ID. She is the oldest of six kids. She has had a lifelong love affair with books and movies. Ever since she was a kid, she’s loved writing. She has an Associate’s degree from Ricks College and a Bachelor’s of Arts degree in Mass Communications from ISU. She adores her cats, Egypt and Excalibur. Shiloh was first introduced to self-advocacy in 2005 by a friend from England. In 2006, 2008 and 2010, she participated as a trainer in Determined to Vote, a voting project through the Secretary of State’s office (SOS) and the Idaho Council on Developmental Disabilities (ICDD). She is now a member of its Advocacy Coalition. In 2007 she joined the ICDD as a member and served her ninth year as Council Chair. In 2008 Shiloh joined the Idaho Self-Advocate Leadership Network (SALN), and in 2009 was elected State Treasurer on the Board of Directors. She served a term as State President of SALN from 2011-2013. She served a second term as State Treasurer. She is also serving on the Center on Disabilities and Human Development’s (CDHD) Community Advisory Committee (CAC), the Special Education Advisory Panel (SEAP), and on the Board for Disability Rights Idaho (DRI). Most recently, she’s serving on two national conference call groups: the National Advisory Group for Partners in Policymaking and a public policy group through The Riot! In 2014 she was inducted into the National Association of Councils on Developmental Disabilities’ (NACDD) Circle of Leadership.